What caught my eye about Hallowed Murder? The cover of the book,which is colorful with a bowl of strawberries on a table with a rose. Second, I read the synopsis. Hmm... I said intresting. A light mystery, a cozy mystery. And what is a cozy mystery? an example is said to be: The detectives in cozies typically use brains and not brawn to get to the bottom of a crime. Last, was the topper. Jane Lawless is written as a gay sleuth. I have read "cozies" before but not with the emphasis on someone being gay and a restaurant owner. Of course the book that started Jane Lawless' life.


Favorite characters: Well that would have to be Jane Lawless, of course. Cordelia Thorn, an old friend of Jane's. And Maggie Christopherson, House manager of KAS, friend of Allison Lord


Why would I pick these characters as favorites? I picked Jane well because she is a nice person, would do anything to help people out, and to sum it up she brings friendship,intimacy and a sense of humor to the people she knows and meets plus she is the main character :) ,Cordelia is funny,she is a friend that Jane could count on, even if she had a lot to say it was always said with Jane's intrest in mind. And than Maggie, I liked her because she was (tried) to be a friend to all in their sorority. Plus I think Maggie needed to have a friend that she could confide in on sorority issues. So it was good that she befriended Jane who is a sorority alumni advisor.


What I thought about the story? Trying not to give to much a way because you got to read this good story. I thought the story unique in a way about a girl Allison Lord who was in a sorority that was trying to find her way of who she was. But than her life got cut short. Than to find out that her friends were trying to find their way around their lives. It is different to read something else about gay issues other than military,law enforcement etc.. the story has a human side to this.

I found that the usual stuff is said about being gay. And Jane trying her hardest to show that there is more important things to do, like finding the killer, than terrorizing others, including her, about being gay.

There are a couple of characters I don't know why was brought in to the story. And they are Edwin Lord and Beth McGrawEdwin is Allison's brother the only thing that he did was come to the memorial and to talk to Jane Lawless. After that pretty much you didn't hear much about him.
Beth is another one, she was there to tell the story about her sister Jamie and the state of mind that Jamie was in on Thanksgiving Day.
Again don't want to say too much than would give the best parts up. But they might be suspects?


A very intresting reason why this book is called Hallowed Murder.

In the story says: I have spoken your message to the heathen,oh Lord,your righteous, your hallowed servant!

I give Hallowed Murder a rating of  5 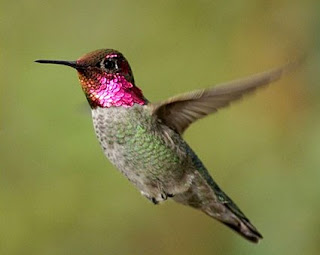 : because it is a 1st in series and a very good story.
Amazon says: What do customers ultimately buy after viewing this item? The Dartmouth Murders (St. Martin's True Crime Library) by Eric Francis, and Stage Fright (A Jane Lawless Mystery) by Ellen Hart


This is a bookcrossing book and now will travel to New Hampshire. Another place where Jane Lawless can visit :)