I don't usually go for romances. They call this a historical romance. And since it was the first nook book that I got, I decided to read it.
I was pleasantly surprised that this novel did have romance but focused on more of the field of apothecary .
I found it pretty interesting how these people of this field look at medicine with herbs and minerals. I learnt that they do have to have some training in hospitals with medical doctors. Almost a jack of trades. Thought it interesting that the author when doing research instead of the usual tourist sights in London (as I went to see) that she and her husband went to museums, apothecary and talk with the society.

I liked the characters of Lily, and Mary. As a matter of fact all the characters were good. I knew there was going to be some romance with the girls. Figured they would find their soulmates.
The one thing I would of wanted to see is that Lily would of followed in her fathers footsteps. I guess in that time women weren't seen to work. Let alone being in a profession of apothecary. Would of been nice to see a woman blaze a trail.

The Apothecary's Daughter wasn't necessary about Lily. But about Mary another strong woman. 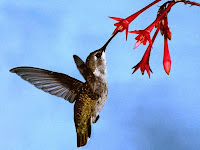